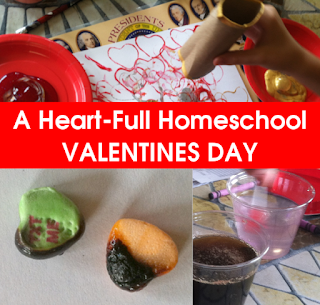 We had a really fun Valentines last year...one of my favorite lessons ever.

I started planning for Valentines A LONG TIME in advance.  You see, my homeschooler has two older brothers who go to public school, and I knew he might feel a little jealous when they came home with a bag full of Valentine's cards and candy.   So, in January I sent out requests to some other homeschoolers I knew and some of his friends from church to send him Valentines, and we sent some Valentines to them too.  (BONUS:  It was really good way to get my son to practice his handwriting!).

Then, when Valentines day finally came, here's what we did.... 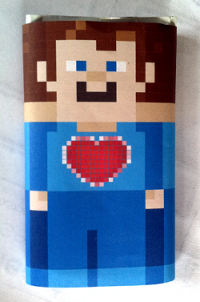 That morning before they woke up, I laid out a special treat for all three boys at the kitchen table...a candy bar wrapped with a cool wrapper I found over at Chica Club Circle.  (They're big Minecraft fans.  They loved it!)

After the big kids were off to school it was time for homeschool.  But first, I went out to check our mailbox.  My friends told me they'd sent the valentines, but NONE of them had come yet.  But sure enough, there was a handwritten letter covered in Valentines stickers right on the top of the pile.  I shut the box and ran to get my son so he could "check the mail."  He was totally excited to see a letter with his name on it and find the Valentine with the sucker from his friend  inside (and even more excited when the other Valentines came a little later).

ACTIVITY 1:  Corinthians 13
While he ate his sucker I read him the passage on love from Corinthians 13. Then we drew a picture of something we could do to show someone we loved them, using a page from a freebie by A Cupcake for the Teacher.    I tried to get him to write a description too, but he was resistant.   I had planned this to be a fun day, so I let it slide. 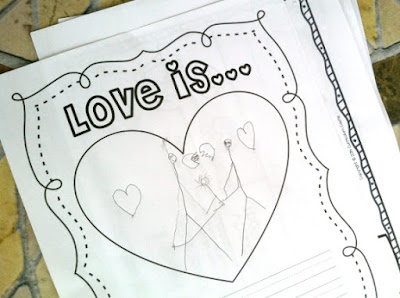 By the way, that's a picture of someone giving someone else a flower.  Why the broken heart?  He says that means love.   Ok...  We'll sort that out later.


ACTIVITY 2:  Candy Heart Mustache Measurement
Then I brought out the candy hearts!  After reading a few, and eating a few, we measured some mustaches and lips with them (using another cute TPT freebie, by Mrs. Wheeler ). 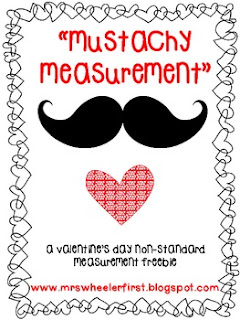 ACTIVITY 3:  Candy Heart Sorting and Graphing
That wasn't the only thing we did with candy hearts...next we practiced sorting and graphing with them too! (Free printable by Dear Wellington) 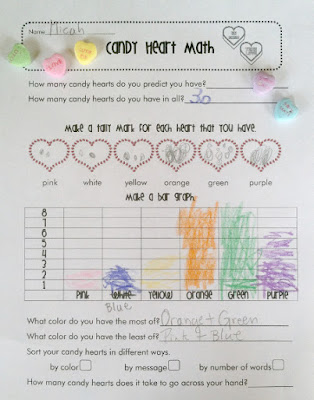 
PART ONE:  Candy Hearts ON FIRE!

Then it was time for some Valentines science. When I told my son we were going to do an experiment with the candy hearts, he got all excited and, looking over at a candle I had burning, said "I think if you burn a candy heart it will melt!"  Well, that was NOT the activity I had planned, but THAT was worth changing plans for!   (I mean, what DO candy hearts do when they burn?  Would they even burn at all?  Now I wanted to know too!)   So I got some tweezers and held a heart over the candle, and oh, cool things happened!  Not only did the heart catch on fire, but it fizzed as it burned, and then melted....or at least that's what i THOUGHT until I did some more research.  Sugar, I learned in a very interesting article, technically, caramelizes, but doesn't really melt.   A scientist friend of mine told me the fizzing is due to impurities (air pockets and such) in the candy. 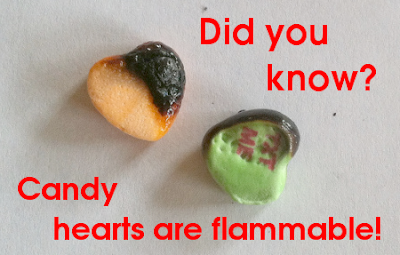 (WARNING: Candy hearts are VERY flammable...though it's easy to blow them out and it is a slow burning flame.  And luckily I had soda cups ready for our next experiment to dunk them in that hadn't worked, which is always a good idea).

After we had our fun burning hearts, we did the experiment I had planned...a fun sink or float activity that is more exiting than it sounds.   Candy hearts do some fun things in soda...first they sink, but then as bubbles form around them they will pop to the surface (and then sometimes loose their bubbles and sink again)!. 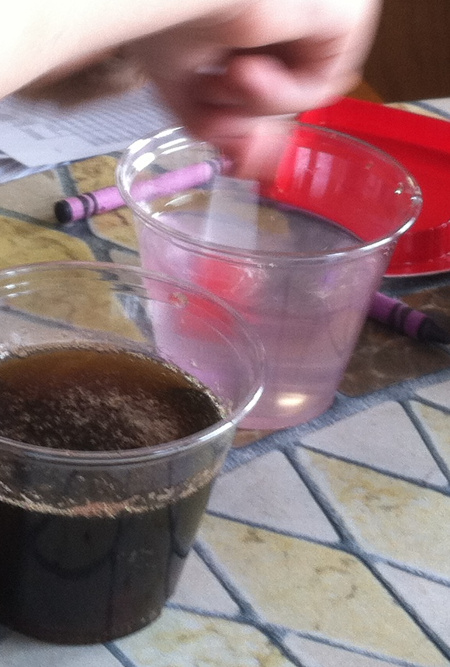 My son loved it, and played with the hearts in the liquids for at least a half hour afterwards.

(I just have to pause here and say, this is why I love homeschool:  the ability to, impromptu, do a science experiment INVOLVING FIRE, and then being able to take 30 unplanned minutes to just play.).

We wrote down our findings on this
cute free printable by I found at  Curriculum Castle .

8.  Lastly, we did an art project with toilet-paper rolls and paint.  Very fun. 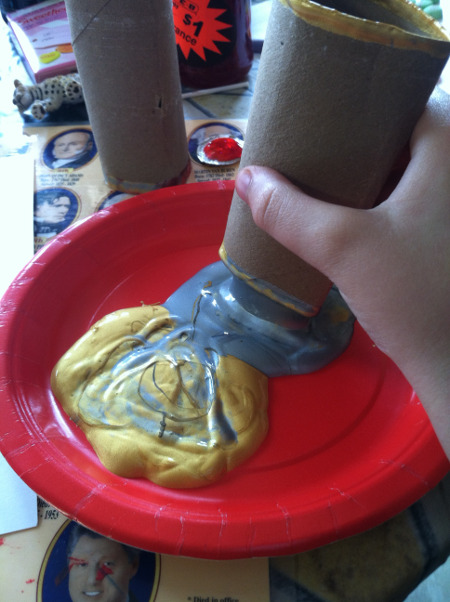 We just folded a toilet paper tube like a heart,
dipped it in paint... 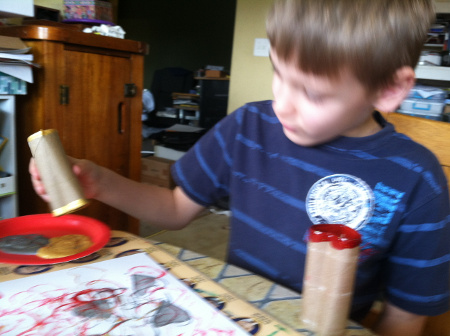 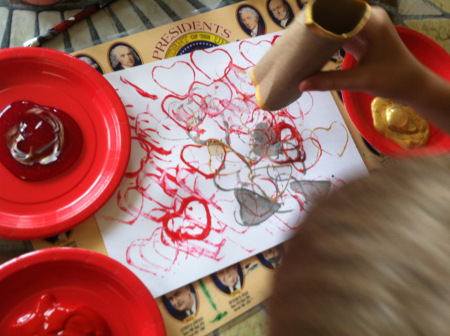 One of the types of paint formed bubbles, which covered the whole end of the heart sometimes (and made the solid silver hearts above)...that was kinda a cool surprise.  Really, just one of many surprises that day. 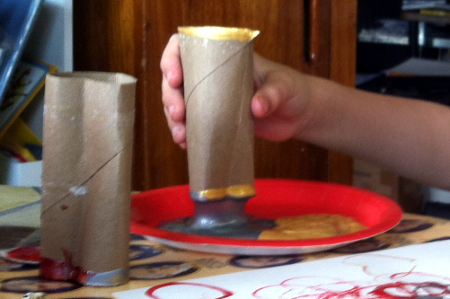 So what are you planning for Valentines?