My son loves anything to do with sea life, so of course I had to have an ocean themed party last year.    I had some fun decorative food for this party I want to share with you all.


First, we had I think my favorite cake I've ever made. 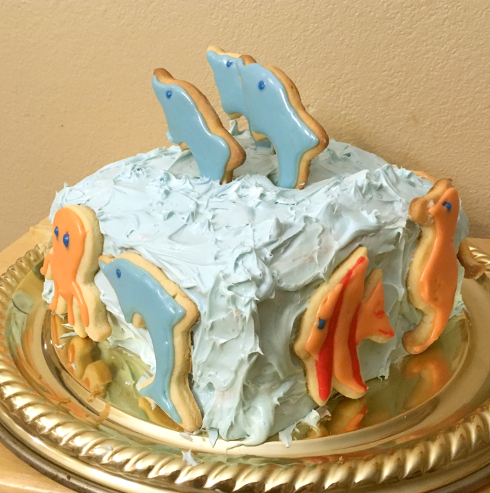 This post contains affiliate links through which I can earn commission.


The funny part is, this wasn't my original plan.  I was going to make the cookies separate from the cake, but the jumping place we were going to only allowed a cake and fruit and veggie trays.   Anything else cost extra to bring.

So, I thought...I'll just add the cookies to the cake!

First, of course, I made the cookies with the ocean animals from a larger animal cookie cutter set I'd been given.    You can use your favorite sugar cookie recipe, but we used this Eggless sugar cookie recipe I found on a allergy forum.

I made a lot more cookies than I needed for the cake, and only used the best ones.  The rest we saved for after the party.

TIP:  When icing a cookie, add outlines and small detail first, and then fill in around it. 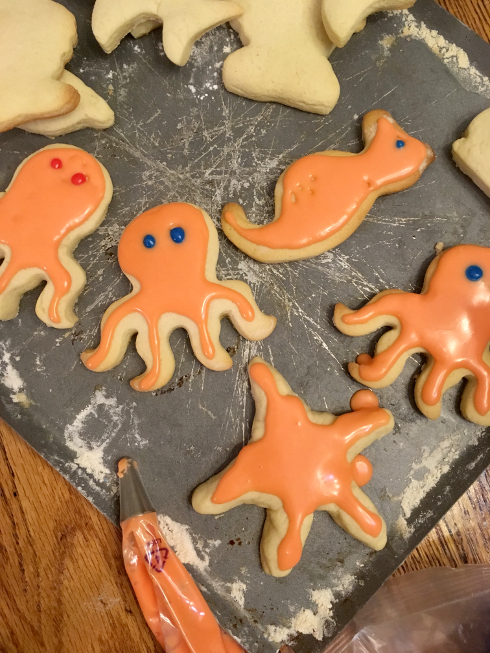 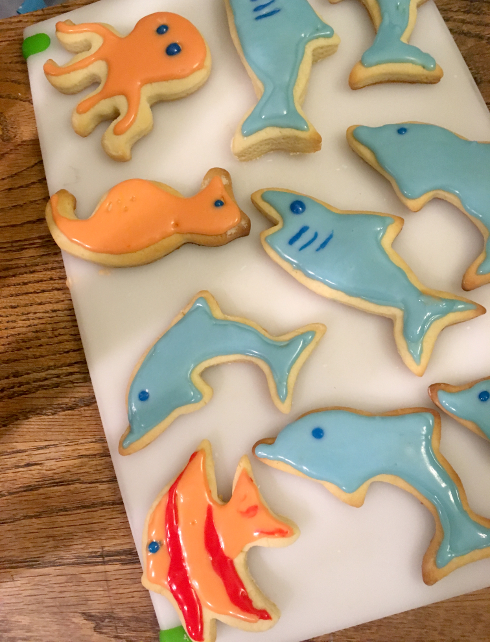 Then I baked my cake (just regular store bought cake mix).   I baked two layers in a square cake pan.

Make sure the icing on the cookies is totally dry and firm before beginning to ice the outside of the cake (don't touch the icing...just leave it for a long while or chilll it in the fridge and it should be fine).   Otherwise, the icing your cookies may drip once turned sideways.   You want to do this before frosting the cake because you want to stick the cookies on right after the frosting goes on the cake.

I used store bought frosting, which I added food coloring to.   You will need A LOT of frosting...so  make or buy more than you think you will need).  This particular cake is nice because it's all one color frosting and you don't need to frost it smoothly.  When mixing in the food coloring, it's ok to not mix the blue completely.  It actually ads a little "ocean foam" like texture if there are parts with a little white, or a slightly darker blue.

Frost between each layer and cover the cake generously.    After you have frosted it, use the flat side of a frosting spreader or rubber spatula to dab at the frosting to create the frothy wave affect.   Then smush your cookies of choice into the side of your cake, and stick your dolphins straight into the top of the cake. 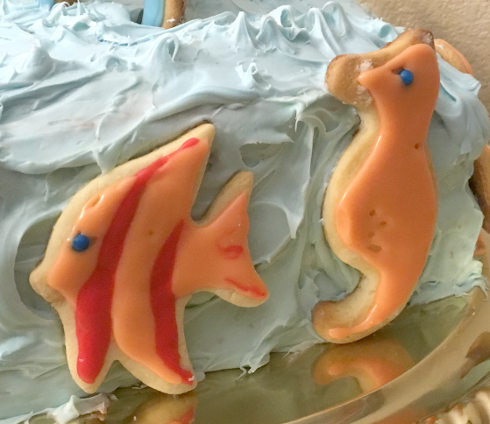 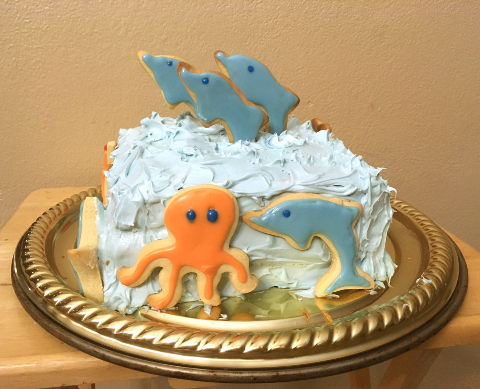 Dolphin Bananas in a Grape Sea So, I did not come up with this idea...it's something I saw on pinterest and thought was adorable so had to do it.  You can try it with blueberries or jello too. 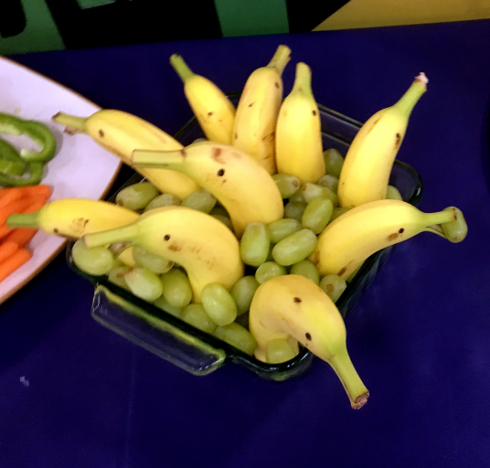 It's pretty simple.  You cut bananas in half, only using the end with the stem (eat the other ends or save them for something like banana bread).  Slice the stem in half to make a mouth, and put them in a sea of "grapes"  (or in my case a casserole dish pool...can be in clear plastic cups too).  Add eyes with a sharpie.  Put some grapes in the dolphins mouths (some will fall out, but some will stay and that's all you need). 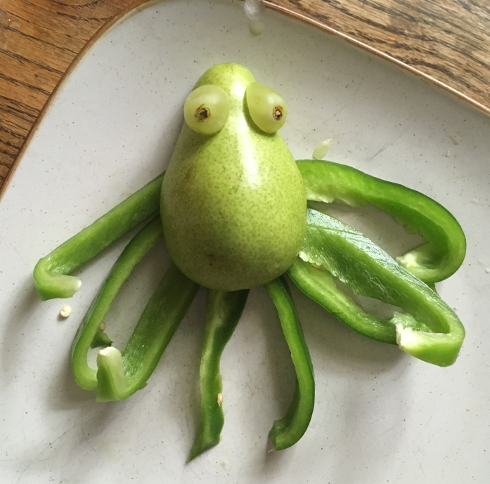 This little guy I did come up with on my own, and I'm quite proud of him.  To make him, I cut a pear in half, and then cut two grapes at an angle, stem side up.   I attached the grape eyes with toothpicks.  The legs are slices from a green bell pepper. 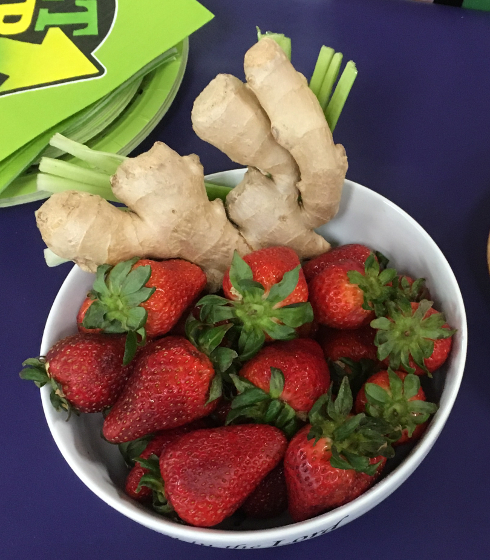 OK, this one I've seen online with veggies, and it looks much cooler the way other people do it (check out this cool veggie reef that was what I was originally intending to duplicate).   But by the time I got to the veggies I was running out of time, so I just sliced some celery and added a coral looking piece of ginger into a bowl of strawberries.  The carrots got put on the plate with the octopus the "cauliflower coral," which I suspected they wouldn't eat anyways, got skipped.

The rest of the party wasn't themed, since we had it at a trampoline place.   But the kids really thought the snacks were cool...and most importantly, the birthday boy loved it!