You Tube Through Ancient History - For Middle School and High School 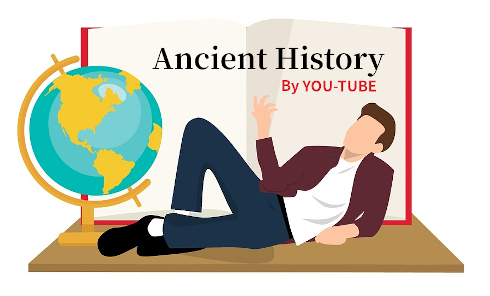 This is a collection of videos to expose students to an overview of ancient history, organized in a way that they could be used as a spine or as supplements for another spine or curriculum.  It's a bit unpolished as yet, and I'm hoping to add more resources to go with the videos (like free printables and such as I find them), but I wanted to get it up, unpolished or not, so that people can start to use this if they want.

AGE LEVEL:   The general age level for this is Middle School through High School.   Most of these videos could be watched by younger children, but some may have content that is a little over their head, or that otherwise might not be appropriate.   See "Content Information" below for more info.
MAIN VIDEO SERIES USED
Crash Course
Crash course offers chronological broad overviews of history.   While it is partially animated, the concepts and pace are aimed at adults (and I feel like overall it's suitable for Middle Schoolers and High Schoolers).   There are a few jokes that are inappropriate and might want to be skipped, especially if viewing while younger children are present.  I've tried to note these but may have missed some (and if so, please tell me in a comment).  Apart from these episodes, most episodes could be watched by younger children without issue though, though many will find this too fast-paced for younger children to follow.
Extra Credits History
Extra Credits History is my favorite history series.   It offers deeper dives into various subjects.   The series is animated, and funny, but done respectfully as well, I think.   It appeals to a wide age range...my 8 year old and my high schooler both enjoyed these equally.

TEDed
TEDed offers brief, annimated glimpses into various subjects, including history.  It is, in general, safe for all ages of children...at least the videos listed here.   I've linked to these from the TedEd site, not youtube, since TedEd videos also come with an online questionnaire students can use to quiz themselves, and links to places they can find more info on the subject.   (NOTE:   I may have accidentally linked some of these from YouTube directly, in stead of from the TedEd site, where that extra stuff isn't available, but if I did, just go to TedEd.com and type their title into the search...and then come back and tell me so I can fix it.   Thanks.)
TICE Art History
These are short animated videos on art history.


WORKSHEETS AND ACTIVITIES
I've started to link a few "supplementary activities" related to the videos.   Some are more appropriate to high school or middle school.  I have also listed a few "discussion question" worksheets I found for free for some of these videos.   There isn't one for every video, but I'd thought I'd list ones where I found them free.   If you are willing to pay for them, you can find many similar discussion question sheets listed on Teachers Pay Teachers.  As mentioned earlier, TedEd videos also come with some additional resources.


CONTENT INFORMATION
VIOLENCE
Various videos suggested here have descriptions of historical violence, but I felt like this was depicted appropriately and not gratuitously. I do not usually make special  note of violence in videos because it is so common.  A certain tolerance for historical violence is necessary for using this list.

SEX/NUDITY
There are references to sex in a few of these videos, but usually handled subtly/well (nothing gratuitous or crude, with the exception of a joke in one Crash course video, which I've included a warning with).   Crash course does occassionally refer to sex as "skoodlypooting" and shows a blanket with feet hanging out.    There's also a few videos with historical artwork that depicts nudity (such as Greek statues).

PROFANITY
Most of these contain no profanity.   A few of the Crash Course videos contain a "Long A** time" joke (and then they say they aren't swearing, because they mean a donkey).   I try to note these in red.

Below are the videos to watch in chronological order.  I've organized this semi-chronologically by topic.   Some topics take a day, some topics will take much longer.   Videos labled "series" contain a playlist of multiple videos.   The videos listed on the left are ones that cover broad topics, and the videos in the bullet lists under them are extra videos related to this topic.   I've listed key videos in bold, while unbolded videos are less essential are and can be skipped.

Mesopotamia: Crash Course World History #3  (Or Alternatives below)
CONTENT WARNING: This has an inappropriate joke about a sex tape (it's from about 4:02-4:10...or go back to 3:55 to skip over any mention of sex at all).
(Alternative I)
Ancient Civilizations of Mesopotamia This video is aimed at Elementary/Middle School, so may be a little "young" for High Schoolers.   Its a little longer and goes more in depth on some of the civilizations, but shares a little less of the "progression of history" that Crash Course does.  It could be used as a replacement for Crash Course#3, but covers enough separately that could also be an addition)

(Alternative II)
The Rise and Fall of Sumer - TedEd
This one is broad and covers a lot but is less engaging than the two above, in my opinion, but it is also less "childish" than Alt 1 and doesn't have the content problems of the Crash Course Video.

BRONZE AGE COLLAPSE
Note, this is a good time to stop and review many of the nations covered previously, as from this point we move away from the regions of Mesopotamia, Egypt and the Levant and move into Greece and Rome and Asia.  The reason for that is largely, a mysterious collapse of many of those civilizations around this time.

Both of the following videos are excellent, and cover enough that's different that it might be worth watching both, but they also overlap quite a bit so you might choose just one.

The Bronze Age Collapse SERIES - Extra History (1200 and 1150 BC)
This one, in addition to very thoroughly covering the Bronze age collapse, also briefly covers Levant/Mediterian area civilizations of Egypt, The Hittites, Assyrian, and the Mycenaeans in it's first episode.    I don't yet have another resource that covers the Mycenaeans well...so you might choose to watch at least the first episode just for that, if you don't watch the rest (though the whole thing is worthwhile).


PERSIANS AND GREEKS PART I

The History of Paper Money - Origins of Exchange - Extra History - #1
(NOTE:  This one travels far out of our time frame, but does start in ancient times)


THE ROMANS - PART I

The Roman Empire. Or Republic. Or...Which Was It? - Crash Course World History #10


THE CELTS
The Rise and Fall of Celtic Warriors

CHRISTIANITY + JUDAISM
(Yes, I realize I need to cover Judaism much earlier...and would love suggestions of resources).


MY OWN NOTES (Ignore this...it's some things I hope to add to this later):

TO ADD:   Third Century Crisis - The Great Persecution - Extra History (it's a series they aren't finished with)